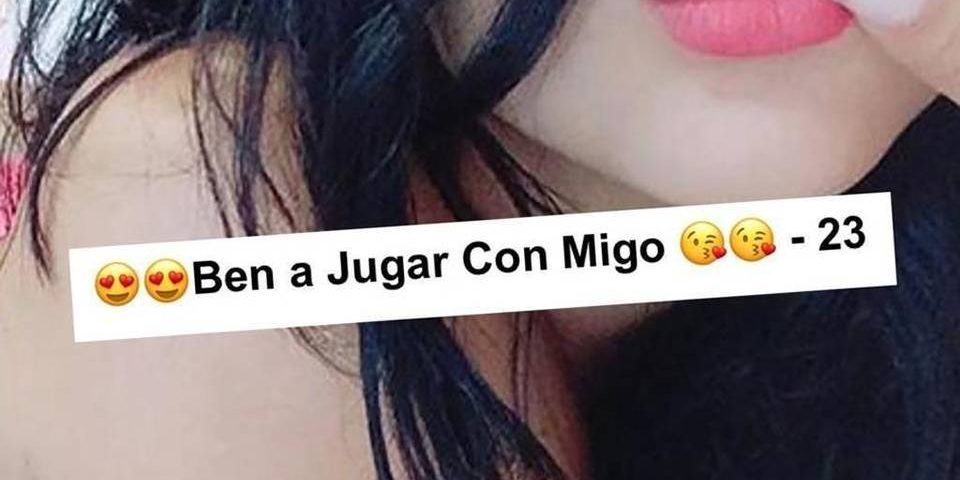 A photo illustration from an ad on Backpage.com, with its caption superimposed. The caption, which is misspelled, translates from Spanish into “come play with me.”

A Florida woman and an anti-human trafficking organization are joining the legal campaign targeting Backpage.com, the classifieds website criticized as a hub for illegal prostitution and sex trafficking of underage teens.

The lawsuits are the latest legal salvos against Backpage and its current and former executives, who are facing criminal charges of money laundering in California over accusations of human trafficking.

“The online exploitation of teen girls is the biggest human rights violation of our time,” said Carol Robles-Román, the president of Legal Momentum, a New York women’s rights nonprofit that helped file the lawsuits.

“Backpage.com knowingly facilitated this evil and must be held accountable to the harmed girls and to the organizations that provide them services so they can heal and recover.”